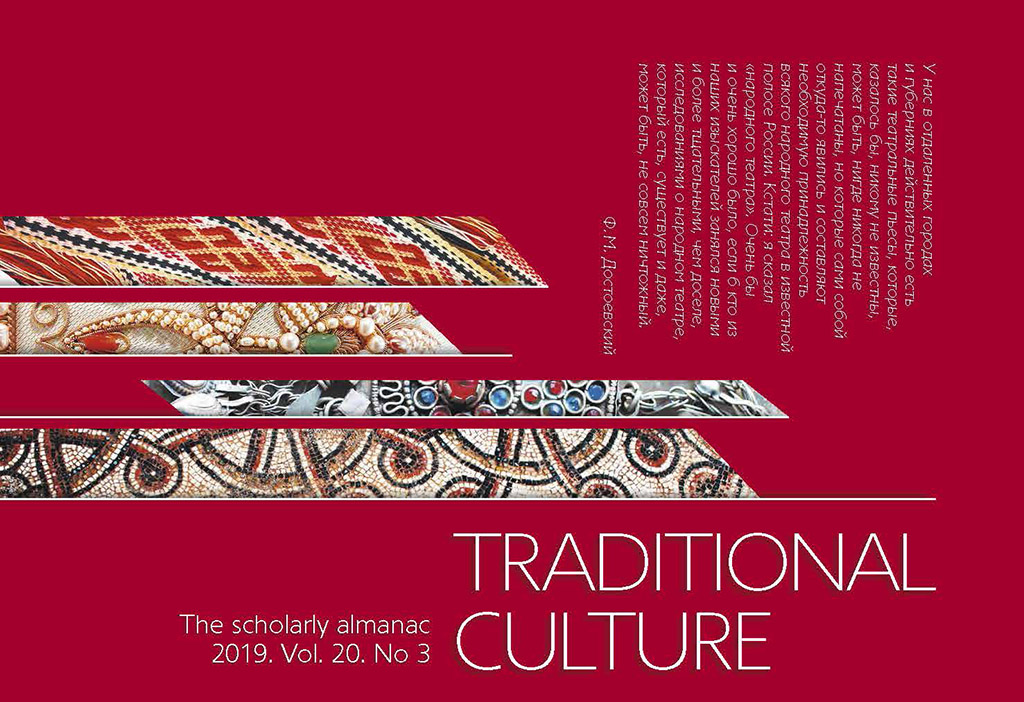 Summary. The article presents an analysis of the cultural context and social functions of the traditional theater of India – bhavai from the state of Gujarat. It is been performed by the small groups of the targala caste community, whose social status in the caste hierarchy is characterized by some duality: although artists associate their origins with the Brahman Asait Thakar, who lived in the 14th century, wear a sacred cord and follow a number of typical Brahman customs, it is also obvious that they are of a very “low” social origin. Bhavai theater was one of the most important cultural institutions in the northern regions of Gujarat and in part of the Saurashtra Peninsula; it performed several functions of entertaining, ceremonial, didactic, socio-integrating, and was a form of expression of social criticism. Bhavai still exists today, although its popularity and prevalence have narrowed considerably. In this article the outlook of the bhavai theater, the socio-cultural profile of bhavayas, the position of this tradition in the culture and history of Gujarat are revealed based on the author’s field ethnographic research in Gujarat in 2015, 2016 and 2018.