JNCC and Institute of Ethnology and Anthropology, Russian Academy of Science

“Puppetry and mask theatres of India”

India has a very rich traditions of puppetry and mask theatres. Every region and state has a number of subtraditions, connected to the local royal culture, peasent day-to-day life, mythology and taday’s reality.

Svetlana Ryzhakova in her short talk will describe the multiple reality of Indian pupperty, from Katputli of Rajasthan, string marionette of Coastal Karnataka to contemporary puppet theatre of famost director, Dadi Padamjee (based today in New Delhi).

1.“The Faces of God”. Director Ravikant Dwivedi. 41 min. Indira Gandhi National Centre for the Arts, New Delhi. Mukhanāch is the most popular mask dance of north Bengal, closely connected with the Rājavanśī tribe of south Dinajpur district. An agrarian mode of celebration by recreating faces of God in dynamics of the myth and orality, it is connected with the celebration for prosperity and peace. Mukhanāch is mainly celebrated during the local Gajon festival in the month of Caitra, linked with cultivation. Another major punctuation of this oral theatric tradition is related with Kālī-Pūjā on Dīpāvalī day. The documentary highlights the oral tradition of Mukhanāch celebration, the mask making and the rituals along with touching upon the myths of the region. 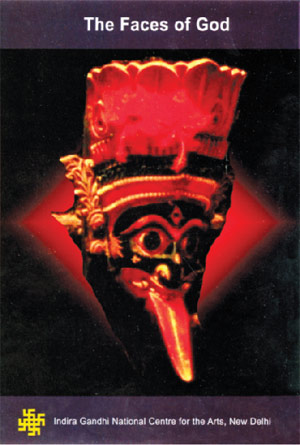 2.Benuputul. Glove puppet dance.  A form of puppet dance in coastal West Bengal, India. Director: Dr. Nabakumar Duary.  Beniputul is a form of dastanaputul or glove puppet mainly found in a coastal village Padmatamli in Purba Medinipur District of West Bengal, India. The puppeteers belong to the Hardis, the ‘stigmatized untouchable caste’. They compose the songs themselves which narrate subjects from mythology to contemporary socio-political, health awareness and environmental issues. The puppeteers travel to distant places where they perform in village courtyards, rural markets and fairs. They barely make their ends meet with the money, rice and vegetables which they earn from entertaining the rural audience. The knowledge related to Beniputul is transmitted through the Guru-SishyaParampara. This documentation raises a few issues like sustenance of the tradition in face of mass media and other forms of popular entertainment which is making inroads into the rural hinterlands and the economic hardship faced by the socially marginalized artists.